SOCIAL EVENTS ARE BACK, SAFELY IN DALSTON, FARRINGDON AND SOHO 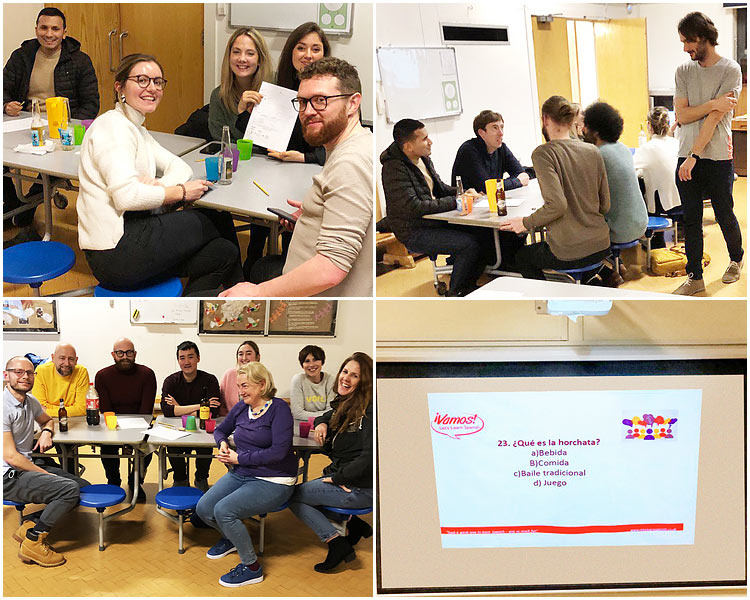 According to Time Out magazine, Dalston is one of the coolest places in the world.

Which is great, because after an almost two-year break, that’s where we will be hosting our quiz night and paella cooking classes.

We have hired a big assembly hall in the heart of Dalston to safely host these two social events – and we will come up with more ideas later in the year.

Refreshments including beer and wine will be available at each Friday event and after Quiz Night we have tapas from Dalston’s famous Cuban restaurant, Escudo de Cuba.

For more information and how to book your place, please see below.